Thailand is likely the most popular destination in South East Asia, with plenty of appeal on its own and often serving as a starting point for travel throughout the region. Prices can range from very reasonable to extravagantly expensive with lots of flexibility in between.

If you have ever seen the Rogers and Hammerstein musical The King and I, you will have an idea of the magical, tropical paradise that awaits in Thailand. The musical is a story about the King of Siam, which is one of the earlier names of the country that now bears the name Thailand. Sitting at the doorway to Southeast Asia, Thailand has a rich history, a strong cultural and religious heritage, and a bustling tourist trade, making it the most visited country in Asia.

Although the political status of Thailand has undergone many changes during the twentieth and early twenty first century, Buddhism is still practiced by 80 percent of the population, serving as a stabilizing and calming force in a country that has literally been in the middle of some of the world’s largest conflicts. Although the musical The King and I takes a whimsical look at life in Thailand, the same Monarchy described in that story still exists today as a testament to the cultural traditions that date back centuries and offer tourists spectacularly beautiful palaces, gardens, national parks, and museums around which to build an unprecedented vacation experience.

Places in Thailand to See

One place not to miss in Thailand is the capitol and largest city, Bangkok. Many travelers fly into Bangkok and start their vacation by visiting its many cultural and historic sites. Another not-to-miss location is The Grand Palace. With its stunning architecture and cultural history, this building was once home to the monarchy and houses the spectacular Emerald Buddha, said to be carved from a single block of Jade.

If you are a World War II enthusiast, you will also want to visit Kanchanaburi, located on the stunningly beautiful River Kwai, which is where the Japanese army built the Thailand-Burma railroad during WW II. This location provided the backdrop for the fictional book Bridge on the River Kwai, which became a legendary World War II film in 1957.

A Trip to the Beach

No visit to Thailand would be complete without spending time on the beach. Phuket, one of the largest coastal islands, boasts dozens of beaches with its legendary white sand and turquoise water. Whether you prefer to lay on the beach and watch the waves crash on the sand, sit by the pool sipping your favorite beverage, or dance the night away, Phuket has something to please everyone.

Other Thailand Destinations Worth the Trip

Of course if you have more time and money to spend in Thailand, there is much more to see. For example, in the north you’ll want to visit Chiang Mai, which is a city both beautiful and historic that’s teaming with cultural tradition, including arts, crafts, and festivals galore. Cooking classes are one of the most popular activities in this part of the country, where you can learn to cook the food we so often eat in restaurants here in the U.S. Although the central plains are often bypassed by tourists, they offer lots of great hiking and outdoor activities. Along the Gulf Coast you will have another great chance to enjoy the luxurious and spectacular ocean taking in the Samui archipelago. If you like to dive, or want to learn, be sure to visit Ko Tao, where training is available and the diving is spectacular. If you want to see rainforests, head inland to Khao Sok National Park, where you will experience true jungle conditions. Just keep in mind that the latter is not for the faint of heart.

Travel to Thailand is appealing for many reasons but one of the most compelling is the number of choices you have to tailor a trip for your own budget and style. For example, if you are visiting for an extended period of time, such as a college student on summer break, you can plan a low budget trip that could cost you less than $25 per day. This would mean giving up some of the pricey luxuries such as a cushy hotel room with private bath and room service in exchange for a room at a youth hostel, but for many this is a great way to see a fabulous part of the world on a tight budget. On the other hand, a quicker trip is likely to cost more per day since you will probably want to see as much as possible in a short period of time.

Currency in Thailand is called the Baht (THB), and the current exchange rate (as of August 2016) is .029 Baht to 1.00 USD. This favorable exchange rate means the dollar is strong in Thailand and therefore, American tourists can get more purchasing power. Further, since the tourist trade in Thailand has hit a bit of a slump of late, there are many great bargains to be had.

Food and drink is available in sit -down restaurants or from street vendors for very reasonable prices. The quality and safety of food from street vendor is clear when you see how many local residents line up to eat from the same vendors day after day. Having an alcoholic beverage or two with dinner will increase the total price of your meal tab, but many people are happy to pay for this convenient indulgence while on vacation. For students staying for a month or more, you can purchase beer at the store for considerably less than you would pay at a restaurant or bar. Interestingly enough, Thailand abounds with stores of the 7 Eleven franchise, which may make you feel at home even when thousands of miles away!

All of the modern conveniences are available in Bangkok as well as in most of the resort cities along the many miles of coastline. If you decide to travel into rural areas, just be sure to do some research in advance to see what you will need to bring with you and what you will be able to find along the way.

Cost to Travel to Thailand

One way to plan a trip to Thailand is simply to fire up your computer and use an online travel service such as Expedia or Orbitz to find flights and hotels. For example, I recently planned a ‘wishful thinking’ trip to Bangkok using Expedia. Flying economy class from New York to Bangkok and staying in a moderately priced hotel with private bath, air conditioning, and food service available would cost about $1,025 per person for flight and hotel. Adding in $40 per person, per day for food and $20 per person per day for miscellaneous items and shopping comes out to $1,445 per person for a six-night vacation in Bangkok, with most expenses included.

Using the same website, I was also able to build a similar trip to Phuket, a resort city on the ocean north of Bangkok, staying at a luxury hotel, and still flying economy class. Cost for airfare and hotel is about $1,675 per person for a private cottage on the beach. Planning this trip with a more generous budget—about $60 per day for meals and $40 for miscellaneous expenses—ends up costing $2,275 for six nights in paradise. While the price tag for this trip is certainly higher than the previous scenario, it is well within means for many Americans planning an exotic vacation. Depending on when you plan to travel, you can expect the price to go up, as much as another $1,000+. So you could end up spending $3,200 or more when all is said and done. (Note that airline prices from other major US cities, such as San Francisco and Chicago, are similar in price as those from New York, and just depend on when you travel, from which airport, and how many stop overs you have.)

Costs will grow significantly if you add additional days, numerous other destinations within Thailand, and first class airfare to the price. These luxuries can certainly make your trip more exciting and comfortable, but remember that Thailand is a beautiful and welcoming destination, whether you are on a tight budget or have lots of money to invest in the journey. 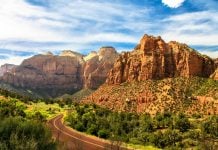 Cost for a Grand Canyon Tour 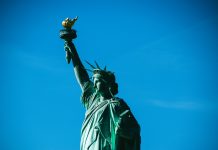 What It Costs to Visit the Statue of Liberty 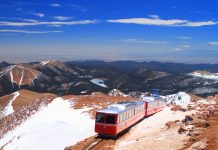 Cost to Become a Pastry Chef 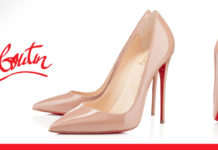 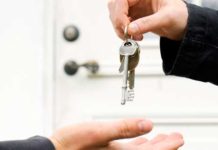 Cost of a Home Swap Service 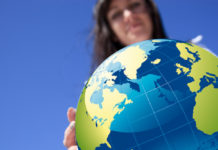 Cost for an Airline Ticket to Travel Around the World 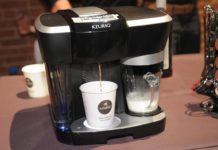 Cost of a Personal Drone

Cost for a Robotic Vacuum